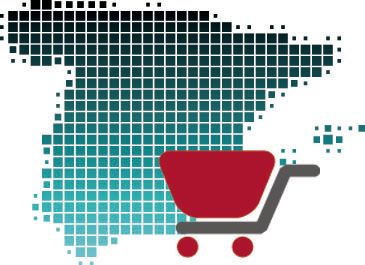 This post comes to underline the strategy played by Spain on EU’s China policy, a role which has received virtually no attention so far, as well as the major reasons why Spanish e-commerce is potentially attractive for Chinese companies.

Spain´s strategy is based on promoting a political resemblance with China in order to gain a preferential economic treatment, a plot which has led to disparate results for both China and Spain.

A general view of bilateral trade

Even though both countries feel friendliness each other, they do so for different reasons: Spain emphasizes on economic benefits, while China is interested on Spanish political weight on the European stage.

In the last thirty years, Spain has tried to turn China into a key-partner, with mixed results in practice.

When looking at the evolution, some positive trends can be underscore:

After the financial crisis in the West, Spain has redoubled its efforts to trade with China. There is still a huge growth potential for both countries to further develop. The difficulties encountered by the Spanish companies in their landing in China contrast with the political temperance shown by Spain in its approach to China. The policy marked by Spanish governments regarding its Chinese counterpart has never shown significant differences: whether the party in power, Spanish policy has always been the same.

Far from stagnating, Golden Visa and Spanish Treasury Bonds are just two examples shown by Spain to attract Chinese investors, as well as the constant reminder of its close ties in Latin America.

The potential of Spanish E-commerce: an opportunity for Ecommerce business

Comparing to other mature markets, there are still loads of fresh chances to seize in the country: Spain’s ecommerce market as a whole is relatively small.

According to the latest analysis –Ecommerce Europe ´14-, Spain is the largest Ecommerce market in Southern Europe, far from Italy (2nd) and Turkey (3th).

Around 60% of Spanish customers already shop online, spending on average € 900 per year. Moreover, more than the 60% transactions are cross-border: UE, US and China lead the Top-3. Its growth potential can be prompted by some aspect anyone thinking on approaching Spanish ecommerce should take into consideration :

The bilateral relationship between China and Spain is one of our tasks. Thanks to our understanding of the market, in 2 Open we can help you boost your digital business.

Leverage the benefits both countries offer to your company,