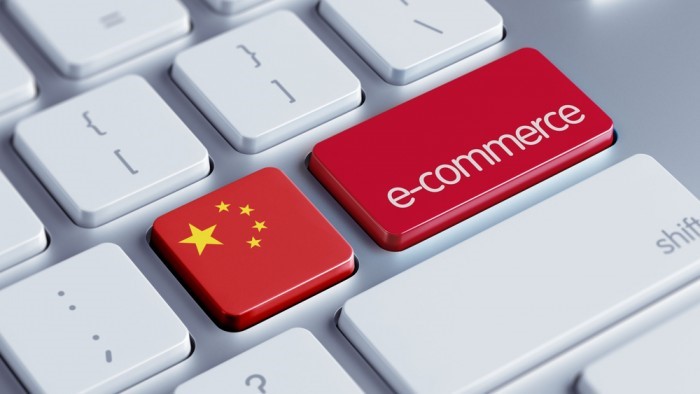 How does Chinese Market work? How can companies promote themselves without Facebook and Google? How do people survive under huge competition there?

China is -still- a mystery for foreigners. The country means a huge cake, but before entering the market you will need to answer to this and other questions. To make it easier to you, in 2 Open we have taken a brief look of the Chinese market and done a list of the most basic tips you should consider before landing in China.

Gone wrong? It can go much worse

When many companies started their business in China for the first time, the things they used quite a lot in local made no sense in China.

Ebay is one of the biggest e-commerce platforms around the world and a perfect example to explain the experiences many foreign companies face in China. Due to its leadership, the company assumed that its landing in China would be no much different to that experienced in other countries, so in the beginning they refused to establish a partnership with JD.com. The company soon realized  there were no more choice but to cooperate with them.

What are the most common problems that foreign companies face in Chinese territory?

Foreign enterprises in China often fall into the same shortcomings we analyze below. Let´s see:

Foreign enterprises always show their best face: high-quality services, responsible attitude, respect to the customers… and so on. But in China, price is the key and can always be the KPI which attract the customers’ sight immediately.

Second, Focus on high-end target audiences but ignore the rapid growth of China

When companies like Blueberry entered China, they set the target group to those corporate users. As the earliest and past No.1 smart phone, Blueberry had already been famous in China. But within 7 years (2006-2013), they retreated from China and closed their Chinese official website.

When Huawei set off their business, what they did was to set the target audiences as all people who want smart phone. Since the average income of Chinese people is increasing, so that more and more can afford a smart-phone. Huawei was right about its strategy.

Many foreign companies would prefer to make a wonderful advertisement, an amazing poster and advertise in the subway stations, supermarkets… and everywhere.  But they always find out that the ROI is quite low, since they might only get 1 customer for a 100 RMB budget. Does it outweigh? We don´t think so.

In China, since the civil quality is still on a shallow level, what the customers care most is whether they are interested in, but not what is a good design. That is why when Taobao.com stepped out their first step, they even promoted on some illegal websites which had huge traffics every day.

Fourth, Think too much about customers but ignore what the customers are thinking about ICQ. The instant messaging software also failed in China!

The U.S. companies are always stricts on protecting the users’ privacy. With such a policy, users can’t find the chat record if they log in on another PC, since the software will not memorize or save these records in order to protect the privacy to the most degree.

Its counterpart in China, Ma Huateng, found out this fault which doesn’t fit the Chinese users’ requirement. In response he created QQ, which is based on the technology of ICQ and make this software become the most-used IMS in China.

Fifth, Rely too much on the Western promotion ways, companies do not want to do things directly

E-mail, Mail and SMS promotion require low budget and have huge audience quantity. Well, they do not make sense in China. For many Chinese people, it is absolutely offensive if they receive advertisement in these channels since they have watched and received too many advertisements already. Moreover, for most Chinese these all are considered private.

They don’t like to be bothered by anything they don’t even know. In China, what people prefer is face to face, no matter if it is for sales promotion or negotiation. The Chinese only trust the people in real life. That’s why when Zhou Hongyi took the responsibility of Yahoo China, he fired all employees who only did E-mail promotion but never visited the clients. What should you do, then?

Your company should do its best to avoid the culture strike and assume their role. We suggest you yo have a look to Lancôme experience in China.

Knowing the Chinese consumer behavior and their preferences make the difference. What are the KPIs to attract them? What they care the most? What they pay less attention to? What channels they prefer to get promotion information?

All these questions need to be taken into account when setting up the marketing strategy in China.

Chinese people still prefer to speak Chinese. So, when doing business with them, try Mandarin: it is always more than welcome.

There are still lots of thing we need to explore and learn about China. In search of an Ecommerce and Digital Marketing Agency?