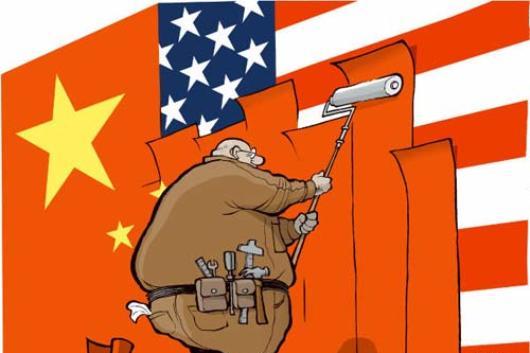 What are the risks that could arise from the economic slowdown in China? How does China affect to other countries?  Since starting its market reforms almost thirty years ago, China´s currently economy cannot be ignored.

Even if China has not left behind its centrally-planned economy yet, it has introduced some big measures to turn into a market-based country. Such efforts have resulted in a huge GDP growth and has lead the country to reach all the Millennium Development Goals by 2015.

Currently China has become the second largest economy in the world, but deals the first in the ranking by the quantity of goods and services produced. Moreover, according to the expectations published by the International Monetary Fund (IMF) for the present year, China will be responsible of the 18% of the entire World economic activity.

If to all this we add the expectations of its huge and richer population, its rapid change on production models and its consequent role on the World stage, we can conclude that the importance of China in the world has become a matter of vital importance in today’s global interregional balance.

But its big hits cannot make us forget that China still remains a developing country, and as we have mentioned before on our article “Ten Challenges on Chinese Future“, not only market reforms are incomplete, but also it has huge challenges ahead which must start to face.

After the financial crisis of 2008, neither the business community nor Governments have fully restored their confidence on the global economy. The doubts about the economic bonanza and the future role of Western countries have underestimated the increasing influence capacity of China in the international arena, while doubts have generated certain fear of a possible blowout of the country. Trade effects are a game changer

The channels through which China affects the global economy can be summarized on:

The Chinese leadership on trade makes hard not to affect global demand. China’s import volumes keep growing, but less than expected. This becomes a huge problem to those countries dependent on Chinese exports: raw materials are highly susceptible of the slowdown.

This effect creates a bidirectional paradox: China affects the world as much as the world affects China.

Although there has been much speculation about a possible future depreciation of the RMB in order to relaunch Chinese exports, in the team we believe that a currency war is currently off the table.

The latest drops in oil prices are caused by the lack of confidence on Chinese economy. Its weakness has led to enormous imbalances on exporting countries of crude oil and raw materials: Russia, Brazil, OPEC countries and the U.S. still suffer for it. China’s falling demand has greatly contributed to the new situation and with it, deflation has knocked on the door.

However, according to the latest analysis made by the IMF, the negative effects are supplemented by growth in the purchasing power of the population. The Organization still thinks that lower prices on commodities have a positive effect on general economy.

The recent affordability of RMB should not make us forget that Chinese weakness can lead to a global new paradigm surrounded by deflation and debt. Once again, lower prices stimulate consumption, and this leads to boost demand, bigger sales and prosperity. Lower prices have become the stimulus of global economy. Even if the Western countries have underestimated China’s rise, the consequences can already be seen. Although Cultural power follows to Economy and Politics, China already shows its increasing political and cultural power on international arena:  mandarin language and  Chinese diplomacy have become a key to Government policy. Its empowerment is more visible in East Asia, but runs fast around the rest of the world. We have started living in a China-centrism, in which global power gravitates around Chinese policy.

Nowadays, confidence in the global economy is vital for prosperity but unpredictable. The ripple effect that is lived in the global area, is greater than ever.

Understand this huge spider web which is China, seize opportunities to launch your business and boost your sales, are our goals.

In search of a Digital Marketing Consultancy? Interested on Chinese Ecommerce?

Visit us on 2 Open. We would love to hear from you!