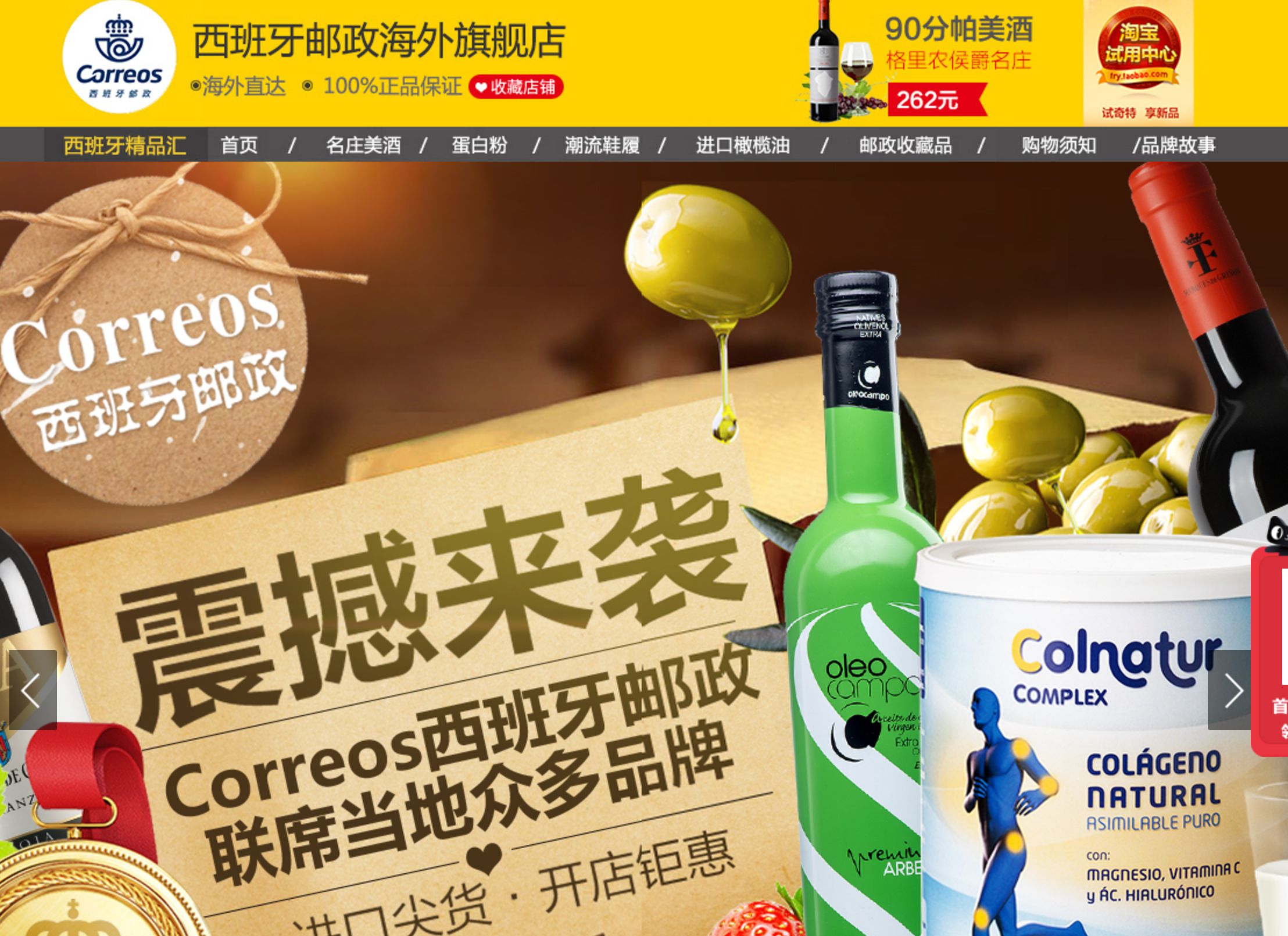 First of all, the brands sold in Correos shop are mainly famous local Spanish brands and have not registered in China yet. Therefore, these brands joined together and sell to Chinese customers in this novel model.

After searching in this shop for a while, we decided to purchase a box of olive oil as Spanish olive oil is known with high quality and good taste. Then, we started chatting with the customer service to ask for more details of this product. The shop sales replied us immediately. He told us the Correos cross-border shop has a local office in Hangzhou, China, however, all the products are in Spain and will be shipped directly from Spain to China.  He also told us that lead time is within 3 days and the delivery time is around 7-14 days depending on various factors such as weather, traffic etc.

After all, we still decided to purchase this product and decided to pay and check out. There is personal cross-border purchase quota. We advise you to check it in here http://ceb2pub.chinaport.gov.cn/limit/outIndex before you make any purchases. Then, the buyer required us to submit a scanned copy of our ID, which will be used in the customs to clear the goods at the border.

Due to the long shipping distance, the shop does not take return merchandise. For testing, we finished payment and received a tracking number, which we can use to track our package online. For our order, we found out that the lead time is 2 days. After more than one week’s waiting, we finally received our olive oil 10 days after departure. Compared to our previous shopping experience on Tmall domestic, it feels slow but still within the time range they promised. Unfortunately, our products exterior package is a little bit deformed probably due to the cushion put inside the package box is not enough. We sent a complaint to the customer service of Correos cross-border shop immediately.They were also sorry for this and decided to compensate 20 RMB to us.

In general, we have a very satisfying purchase experience on Correos shop on Tmall global except for the relatively long waiting time. 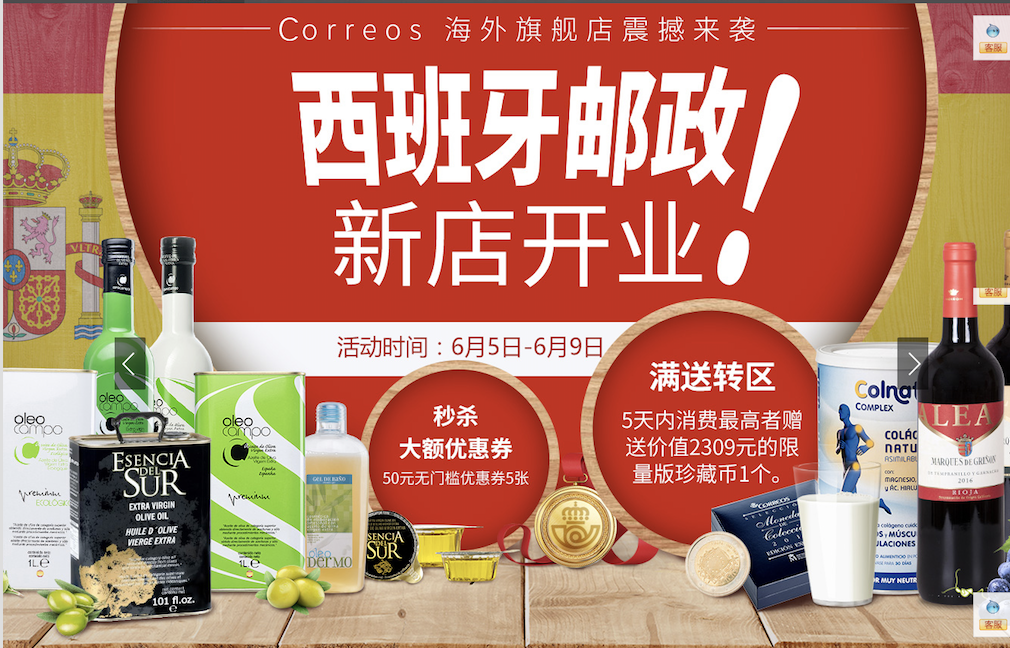 Recently, Spanish post office Correo launched its oversea flag shop on Tmall global(an online B2C platform under China Alibaba Group) and started the trial operation. All the products sold in this flag shop come from major local brands in Spain and will be directly sent from the Spanish local brands’ warehouse to China.

Last year, Alibaba’s Cainiao network announced the strategic collaboration with the Spanish post office Correos which significantly push forward the cross-border business and logistics services. After the flag shop is established, the delivery will be very convenient and fast. A staff working in Correos said “All the brands shown up in our flag shop are selected through deliberate consideration.” Since Correos has major advantage of its domestic logistics service in Spain, it only takes 7 to 14 days for Correos to deliver the products from the warehouse, transfer them to EMS and finally arrive at buyers’ designated address. Buyers can track the information on both Correos and EMS websites.

The brands in the Correos flag shop include:

5 Tips To Boost Your Online Sales Into China 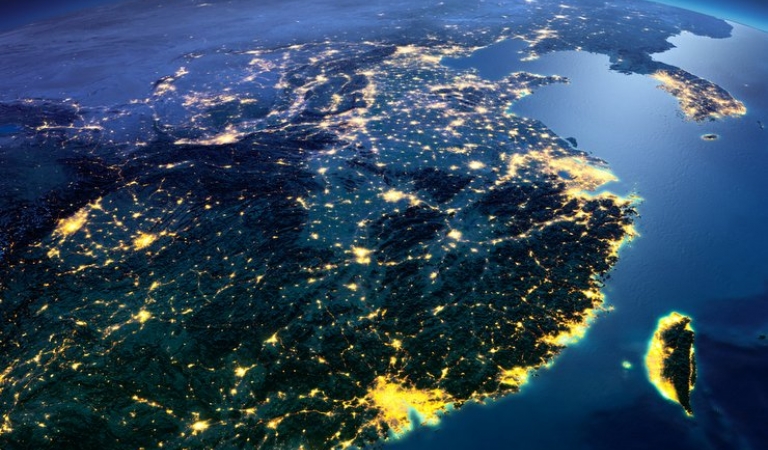 How to Target Clusters to Sell in China?

When talking about selling in China, the Chinese regional polarization becomes a relevant frame of reference. How to deal with such a vast country which could be considered a continent in itself?

In any process of business development in the Chinese territory, companies face the same fundamental problem. Even if there is not a single answer, these three below are constantly repeated.

First, the Company lacks totally of any real knowledge about China. Intuition is not a pray and you would be wrong.

Doing business in China by making a North-South East-West division is not useful, neither the best solution. Split the territory geographically will drive you towards more inaccuracies. To give you an idea, Guangzhou and Shenzhen belong both the south but they barely share any similarity.

Guangzhou is traditional Cantonese speaking city with a strong rooted culture. Meanwhile, Shenzen is more cosmopolitan mandarin speaking city populated in its vast majority by immigrants from all over the country and overseas. There is a Chinese common say about Shenzhen, “Once you get to Shenzhen, you become <<Shenzhenese>>”.

Secondly, once we realized that geographical distribution might not be the best option dividing by tiers could seem quite reasonable.

As you probably already know, in China cities are classified in 5 ranges, from Tier 1 to Tier 5, so dividing by tiers is again a mistake.

The example just exposed would serve also as explanation. Another example would be Beijing and Shanghai. Both belong to Tier 1 cities; nonetheless there is no possible comparison between Beijing and Shanghai, despite of the fact that both are super cold in the winter, although they tried to sell us that Shanghai belongs to the south…!

Beijing, capital of the People’s Republic of China, has been the capital of the country for much of the past eight centuries. Beijing is the cultural and political core of the Chinese nation. Tradition is venerated and could be observed in every place of the city.

Shanghai on the other hand, is the largest city in the world and the financial center of China. Luxury, skyscrapers and mix of cultures are some of the characteristics of the city. In Shanghai is common to find a huge number of expats and western style neighbors due to existence of the old French concession. So, there is no point to focus on city size.

Third and yes, Chinese people share several distinctive characteristics which are markedly different from any other culture, but Chinese are still Earthmen.

So please, do not fall into generalizations but neither forget a main description of the modern Chinese consumer:

Therefore, which would the best way to segment China?

Recently, Mckinsey studied which would be the best way to segment China into reasonable pieces. After reviewing many indicators, experts concluded that it was reasonable to cluster the Chinese territory. It is helpful to focus on cluster size and much more effective. China is huge and Cities can be very far from one to another, so you better bear in mind that distance is a key point when doing business. We also must add that areas can be much attractive to business than cities, due to its bigger GDP and incomes, larger population and better facilities.

In the meantime, take a look beyond historical growth rates can help you to extrapolate future trends and discover if your product or service is going to last. Remember Clusters share trends and determine their evolving. For example, milk was slowly introduced in the country, first in the Shanghai area, to gradually spread.

Landing in China is never easy

In 2 Open we hope you enjoyed the reading but especially, that these tips have helped you know better the Chinese business reality.

Keep in mind that it would be much better if your arrival occurs by the hand of a consulting agency specializing in Chinese business, Ecommerce and Digital Marketing.

This article was edited by Paula Vicuña from 2 Open.